This video gallery couldn't be loaded.

the Vimeo source for this gallery does not have any videos. 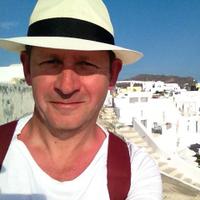 I started shooting in the early eighties, working as a Camera operator in the film unit at British Aerospace Military Aircraft Division in the UK. It was here that I also learnt about, High Speed photography and other specialist techniques. After two very happy years I moved on to work with a production company in Manchester.

It was with ICP Films that I traveled the world shooting and cutting together documentaries on a multitude of subjects. After a four-year intensive learning curve with ICP Films I set up base in London.

It was in London I then began freelancing with Crow Films, Platypus Films and AKA Films, and then subsequently shooting for the BBC and ITV Networks.

I later moved into TV commercials, first shooting for companies in London, and then extensively throughout Europe.

Feature Films and Television Drama are now my current Passions.