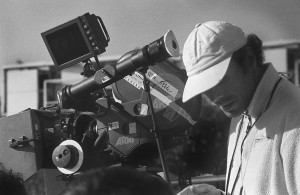 Ever since 1987, when I began my career as a DOP, it has always been my goal to create the appropriate visual style and right look for each project I am shooting, whether it is a documentary, a commercial or a feature film. Not only in the obvious sense of making it an esthetically pleasurable experience, but also in turning it into one that corresponds with the viewer on an emotional level. To carve and shape the visuals in such a way that they become a powerful narrative element as well. I strongly believe that adequately crafted images enhance the qualities of a script and help the audience make a better experience of it’s content. This is, I sincerely believe, the real craft of the cinematographer.

I was lucky enough to study under the late Henri Alekan, the DOP among many other films, of Jean Cocteau’s classic “Beauty and the Beast” (1946). Something he said back then has stayed with me ever since, and I make use of it on every shot I light and frame : “As DOPs we do not make images so much to be seen as we make them to be felt”.

His approach, which I have made my own, has been augmented by my own personnal experience. Through the years, I have developped an instinctual approach to my work. I feel my job consists in using my technique to personnally “interpret” a story alongside the actors, and under the directions of a director.

A method which seems to have paid off when I was presented with the Best Cinematography Award at the IFCT festival Los Angeles in 2007.