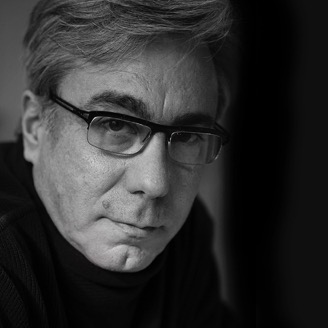 Six months after walking through the doors at National Film and Television School to study both drama and Cinematography, I found myself standing on a 15 metre articulated flatbed trailer about to light my first job, a fashion commercial for a New York client set inside a sheet metal workshop. In the morning heat of North Carolina, standing next to a first time director, we both contemplated whether the sweat on our brows was from nerves or the famous local humidity. Calmly, hiding a combination of apprehension and excitement, the camera and lighting crew silently turned to me, waiting for my first instructions of the day. At that moment, without the NFTS or my tutor’s advice, I suppose my career began.

Other opportunities to shoot commercials followed and before long, I was in the fortunate position of working as a Director of Photography while still studying at the NFTS. After graduating, I continued to shoot commercials on both sides of the Atlantic, in New York, Los Angeles, Miami, Venice, Prague, Brussels and London. Several years later, a producer who I knew form the NFTS, offered me the chance to light my first Television Drama. Today, whether shooting commercials, drama, or the Internet, on film or High Definition, I still enjoy the excitement and the variety of challenges offered by the different formats.

In addition to my work as a DP, I am a regular visiting lecturer for both The London Film School and the BBC Academy.